How to cite item


According to the 22-year-old series of climatology NASA Surface meteorology and Solar Energy, the results of the analysis of the temporal series of local changes in insolation and the temperature of the earth and ground air in the Crimea are carried out. A statistical analysis was carried out and a continuous time-frequency wavelet analysis revealed increased (compared to other Crimean points) insolation and heating of the earth’s surface at Kara-Dag.

Using the time-and-frequency continuous wavelet analysis, six regular astronomical fluctuations, the periods of which are comparable with the periods of seasonal fluctuations, lunar and lunar-solar tidal waves, were found in the spectral structure of data on the average daily insolation incident on the horizontal surface of the earth at Kara-Dag. Periodic oscillations comparable with fluctuations in solar activity and the dynamics of rotation of the Earth-Moon system are described by sinusoidal functions, the parameters of which are determined from observations. In the data on the average daily total insolation falling on the surface of the earth at the Kara-Dag point, regular periodic fluctuations were found over an interval of periods of ~(87―402) days. The most powerful harmonic oscillations are distinguished in the interval of periods ~(231―452) days; in the time interval ~(1995―2005) years, an increasing local increase in the vibrational energy is observed. An increase in the average annual average surface temperature in the Crimea in a southeastern direction has been recorded. In individual points, deviations from the general trend are observed, which may be associated with local geological processes. The greatest warming of the earth’s surface is observed at Kara-Dag, which corresponds to increased general insolation at this point.

Using the method of calculating the functions of the mutual (two-channel) power spectral density, we established mutual correlations between the time sequences of observations of local changes in insolation and changes in the length of the day, the number of sunspots, and global temperature indices.


Berry, B. L. (1991). Synchronous processes in the shells of the Earth and their cosmic causes. Vestnik Moskovskogo gosudarstvennogo universiteta. Seriya 5, (1), 20―27 (in Russian).

Sidorenkov, N. S. (2002). Atmospheric processes and the rotation of the Earth. Sankt-Petersburg: Gidrometeoizdat, 200 p. (in Russian). 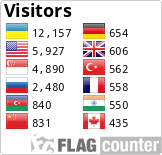