When submitting a manuscript to the journal, authors must confirm its compliance with all the requirements set by the editors. In case of non-compliance of the submitted work with the clauses of these requirements, the editorial board will return the materials to the authors for revision. (Read more)

The editorial board of "Family medicine" accepts articles for consideration, provided that this is the first publication, the article has not been transferred for publication to other publications and the design is made in accordance with the requirements of scientific articles of our journal. (Read more)

All scientific articles submitted to the journal are subject to mandatory peer review. The work of the journal is based on the principles of independent and objective review - double-blind. (Read more)

All manuscripts, submitted for publication, will be analyzed for their originality, methodology, importance, quality, ethical nature and compliance with the goals and objectives of the journal. The editor-in-chief has the right to evaluate the editorial and scientific content of the journal and determines the timing of each material publication. (Read more)

Frequency of journal is quarterly
The journal was founded in 1999 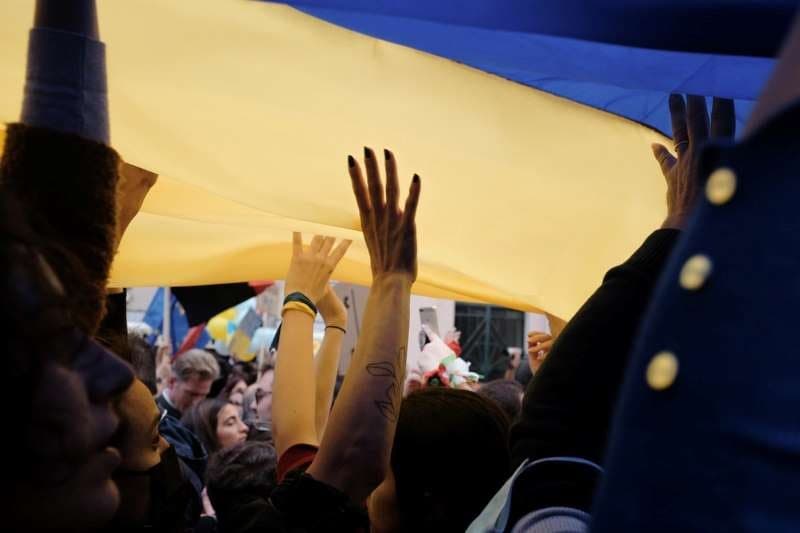 OBJECTIVE FOR ACTIVE AND DECISIVE ACTION WOULD BE A SCIENTIFIC SOCIETY!

Dear colleagues!
The Ukrainian scientific and educational community is turning to you for support!
The Russian Federation has committed an insidious and completely shameful military attack on our country! In 2022, cruise missiles with cluster munitions and vacuum bombs that are banned in the civilized world are destroying residential areas, kindergartens, and hospitals in the very center of Europe! As of 2nd of March, the number of dead civilians reached 2 thousand (of which at least 18 are children), and thousands are wounded. The President of the Russian Federation threatens the world with nuclear weapons, which can clearly lead to the start of the World War III.
The armed forces and citizens are defending Ukraine to the end! The whole world gives a worthy rebuff to the aggressor through the imposition of sanctions. At the same time, we believe that in this situation the scientific community of the progressive world should have its say. That is why we need your support right now. In our opinion, in 2022, in the 21st century, perhaps the best answer to tanks, multiple rocket launchers, and rockets is closed access to high technologies, innovations, scientific research, and information support.
Therefore, we turn to you with a big request and confidence that you will not only hear, but also do everything possible to protect Ukraine, protect Europe, and, finally, the entire democratic world from bloody authoritarian aggression - with a request:
● to block access to all scientometric databases and materials of scientific publishers for citizens and institutions of the Russian Federation;
● to make it impossible for scientists affiliated with Russian institutions and scientific institutions of the Russian Federation to participate in international grant programs funded by the European Union and other partners;
● to suspend the participation of researchers, students and institutions from the Russian Federation in current international academic mobility programs;
● to boycott attempts to hold scientific events within the Russian Federation (in particular, scientific conferences, symposiums, etc.)
● to suspend indexing of scientific publications published in the Russian Federation in all scientometric databases;
● to prohibit citizens of the Russian Federation from being editors/co-editors/reviewers of international publications;
● to make it impossible to publish the scientific heritage of Russian scientists in the conditions of their affiliation in Russian scientific or educational institutions
● to stop servicing the existing equipment for scientific research and the supply of new.
We are sure that such decisive actions will activate the scientific community and the proactive population of the Russian Federation to stop this shameful military aggression against all civilized mankind.
Without your unity with the Ukrainian nation today, tomorrow may not take place!

The journal  «Family medicine» was founded in 1999 to inform medical society about achievements, problems and prospects of family medicine development in Ukraine. From the beginning the journal promotes family medicine, describes the activities of Ukraine Association of Family Medicine, publishes the reviews of the global formation and evidence of advantages of the primary medical care organization based on principals of family medicine in different countries.  Due to the constant participation of the Shupyk National Healthcare University of Ukraine in journal development and significant personal efforts of the first chief editor of the journal – prominent Ukrainian scientist and teacher prof. Grygorii Lysenko, - «Family Medicine» publishes wide spectrum of the original researches and recommendations in different fields from the leaders of medical science of Ukraine. In short time  the journal become the leading edition, not only for family physicians but also for a wide circle of other medical specialists in Ukraine.

Galyna BEKETOVA - Doctor of Medical Sciences, Professor, Honored Doctor of Ukraine, Head of the Department of Children and Adolescent Diseases of the Shupyk National Healthcare University of Ukraine. Author and co-author of over 300 scientific and educational publications.

Professor Galyna Beketova has state awards: Order of Merit III - for significant personal contribution to the socio-economic, scientific and technical, cultural and educational development of the Ukrainian state, exemplary performance of official duties and many years of conscientious work (2018).

Dmytro IVANOV - Professor, Doctor of Medical Sciences, Head of the Department of Nephrology and Renal Replacement Therapy of the Shupyk National Healthcare University of Ukraine, Honored Doctor of Ukraine. Specialist of the highest category in nephrology and pediatric nephrology. He has more than 500 publications, author of more than 25 monographs, 16 patents and is a co-author of the National Textbook "Nephrology". Dmitro Ivanov did internships in Germany, the USA, Israel, the Netherlands, and Italy.

Professor Ivanov is the President of the Ukrainian Association of Pediatric Nephrologists, the organizer of the first nephrology website (2003) and the annual European Academy of Nephrology (REENA) since 2006, he is a member of ERA-EDTA - European Dialysis and Transplant Association, member of ISN (International Society of Nephrology), IPNA / ESPN (European Society for Pediatric Nephrology), editor-in-chief of the specialized scientific-practical journal "NIRKI.POCHKI.KIDNEYS".

Professor Dmitro Ivanov has the title of Honored Doctor of Ukraine.

Is Renoprotection Real for Patients with Hyperuricemia?
PDF
Andriy Sydorchuk

Acute Coronary Syndrome in Patients with Diabetes mellitus: Features of the Course and Manifestations of Pain Syndrome

Acute coronary syndrome (ACS) remains a common cause of hospitalization for patients with diabetes mellitus (DM). Due to development of diabetic neuropathy, it is believed that this category of patients is characterized by a high frequency of atypical acute coronary syndrome, but data on this are quite contradictory. The objective: to determine the features of the pain syndrome and its...

The new infectious disease COVID-19 was first registered in late 2019 in Wuhan (China) and has since spread significantly around the world. It is known that 2020 was a year of quarantine measures in most countries around the world, where quarantine was set in attempt to stop or slow the spread of the disease until the vaccine is developed. The vaccination campaign began in late 2020 in a...

Current approaches to non-specialized help with stress are set out in this article and stress management tools are provided, which are developed by WHO in the stress management handbook “Doing What Matters in Times of Stress: An Illustrated Guide”. This knowledge is especially current in the giving of first aid in emergencies, and in giving psychosocial support to patients as well, by primary...

Subscribe, so you never miss important information about achievements of medicine! We offer an annual subscription to our Journal

Thank you for your interest in our journal! Your request has been sent to our editorial office. Please wait for our feedback to provided e-mail address.
An Error Occurred, Please Try Again Later