Simulation the gas simultaneous adsorption over natural and modified zeolite

Adsorption is of great importance. The unique advantage of adsorption over other separation methods is the higher selectivity that can be achieved by adsorbents. In addition, adsorption phenomena play a vital role in many solid-state reactions and biological mechanisms. In this work, the adsorption process of CO2 on the clinoptilolite (Skorynskoho field, Transcarpathian region, Ukraine) and SO2, NO, and CO2 adsorption on K2CO3-modified – γ -alumina in a fixed-bed reactor were theoretical studied and simulated by computer-mathematic methods. The developed mathematical model based on the mass balance in gas and solid phase, the experimental saturation capacities, considering the activity of the adsorbent with respect to the gas by variable coefficients. The model presented by a normal linear system of differential equations with variable coefficients, it was solved by Taylor collocation method. The simulation shows that the data obtained by theoretical study are in agreement with data obtained in the simulation. According to Fisher Criterion the mathematic model adequate in 90 % for modified zeolite and in 75 % for natural zeolite, it can be explained by unordered structure of the natural zeolite. It follows that the offered model adequately describes the dynamics simultaneous adsorption of gases over zeolites. Thus even with a large number of simplifications and assumptions, it is possible to construct efficient mathematical model that can be used in exhaust system. The results indicate that, there is great sense to conduct further researches and simulations to reach the industrial level. 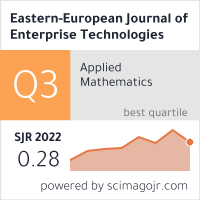